World-renowned and truly a remarkable man of talent and integrity, Mikis Theodorakis has composed over 1000 songs, written heartbreakingly beautiful  music and been awarded the 'Lenin Peace Prize'. Politically active and a man of deep conviction, he has also demonstrated the power of music to bring unity where there is discord. He is a legend of the Greek music scene, and, at the age of 93, he is living proof that abiding by one’s convictions and striving for the common good is, in effect, an elixir for longevity.

1. Who was Mikis Theodorakis

Mikis Theodorakis was born on the island of Chios, to parents from Asia Minor and Crete and from a young age he was greatly influenced by the cultural nuances of both places of origin as well as the various parts of Greece he spent his childhood in. He gave his first concert in Tripoli, at the age of seventeen, presenting his work ‘Kassiani’. During this time, he also fought against occupation forces in Greece and for doing so was imprisoned and tortured. He later joined the resistance, giving concerts and taking part in the struggle against the occupation troops. His fight against oppression continued throughout his young life and he remains outspoken to this day.

In 1967, a right-wing junta known as the Regime of the Colonels seized power in a coup d'état. Theodorakis, associated with the left-wing party EDA, was forced to go to ground and he consequently founded the ‘Patriotic Front’. He swiftly became an emblematic figure of resistance against the regime who in turn banned his music and arrested anyone caught listening to his works. Eventually arrested, he was held for  a time at the Oropos concentration camp. An international solidarity movement comprised of internationally acclaimed composers, musicians, and politicians demanded his release which was ultimately granted. Leaving secretly, on an Onassis owned-private plane, he went into exile in Paris in 1970 and was joined by his family shortly thereafter.

While in exile, Theodorakis worked tirelessly to raise awareness for the struggle faced by Greece, calling for the restoration of democracy by way of giving concerts worldwide. Following the fall of the regime, he returned home where he was triumphantly received by the Greek people, and began taking part in public affairs once again. His clear political beliefs were always driven by his intense love of his country, and his convictions are reflected in his vast musical legacy. 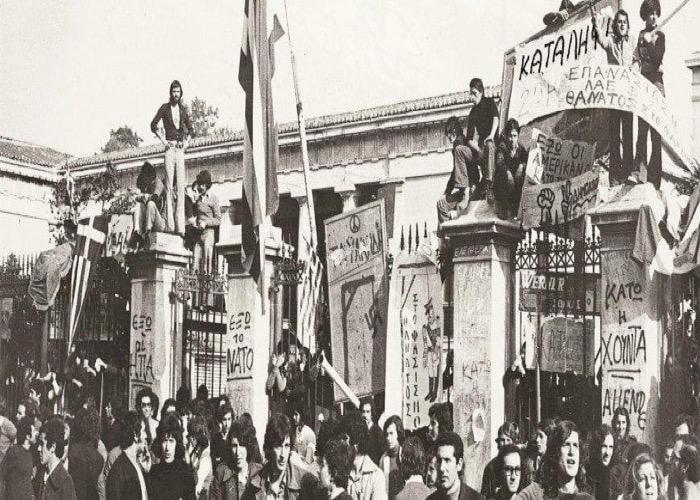 Protests  against the Regime of the Colonels - credits:  Proto Thema

He has produced a staggering number of pieces, encompassing both symphonic music and most predominantly Greek folk music, from which he drew most of his inspiration, making it famous the world over. His ability to produce pieces that convey emotion and struggle is perhaps best displayed in his composition “The Ballad of Mauthausen” which has been described as one of the most beautiful pieces of music ever written about the Holocaust. 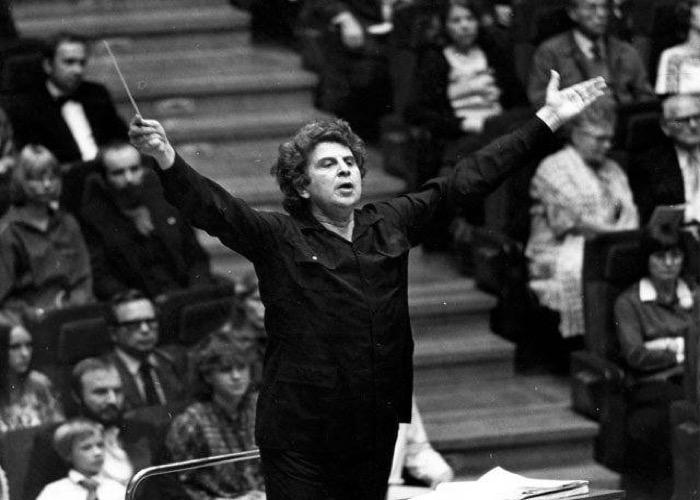 He is, however, best known for composing the score to ‘Zorba the Greek’ by Michalis Cacoyannis. The film, based on the book by the same name, was written by the renowned Greek author Nikos Kazantzakis. The famous tune of syrtaki, initially written by folk composer Giorgos Koutsourelis as ‘Armenochoriano Syrto’ was heard by Mikis Theodorakis in Chania, at a “panigyri” or street festival, after his return from his exile in Makronissos. Theodorakis drew inspiration from this memorable folk melody and used it to produce the score for ‘Zorba’ in 1964, which won three Academy Awards, and captivated the imagination of people from across the world.Zorba the Greek Poster 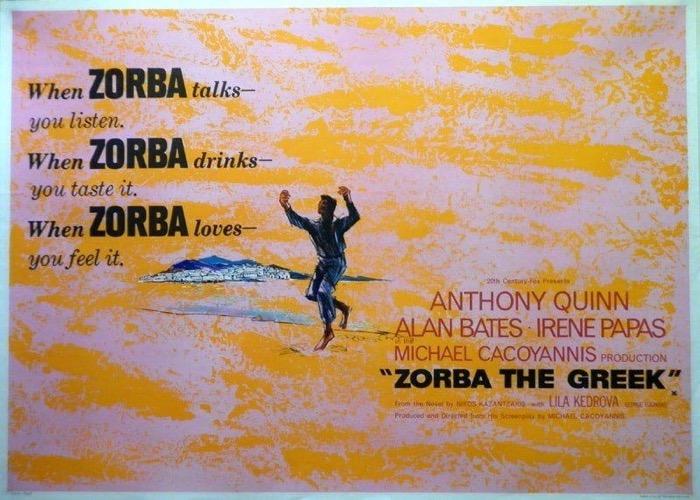 The composer’s unshakeable faith in the power of music was tested to its limits as Mikis Theodorakis himself states in an interview given to the newspaper “Proto Thema”, on March 25th, 2017. During his imprisonment, under the right-wing regime, Theodorakis was badly beaten by a notorious torturer of the junta named Lamprou. On one occasion Lamprou, staring Theodorakis coldly in the eye, asked him if he knew that his life was worth nothing. Theodorakis in response began humming  the tune of ‘Zorba the Greek’. When the torturer asked “what’s that?” he replied “it’s Zorba’s music. If I die, every time this is played you will be haunted by ‘Zorba’. Both you and your superiors.” In his recent interview Theodorakis commented “And that’s how I was saved, I think. ‘Zorba’ must have saved me. Otherwise, I would have been done for.”

A great deal of Theodorakis’ music is also based on the poetry of major Greek poets such as Odysseas Elytis, Yannis Ritsos, Angelos Sikelianos, Giorgos Seferis, and men of letters like Yakovos Kambanellis, making their works accessible to the Greek people, who were able to listen to poetry on a daily basis through his music. Theodorakis even made a point of pricing certain records at especially low costs, so that ordinary people would be able to purchase them and enjoy his work. For a special edition recorded by MINOS, each of the five vinyl records comprising the “Mikis Theodorakis Ten Years, 1974 – 1984” collection was priced at merely 250 drachma (€0.73 in today’s money). On the back of each record cover is inscribed: “as a token of love to the Greek people, who have always inspired and supported Greek songwriting”. 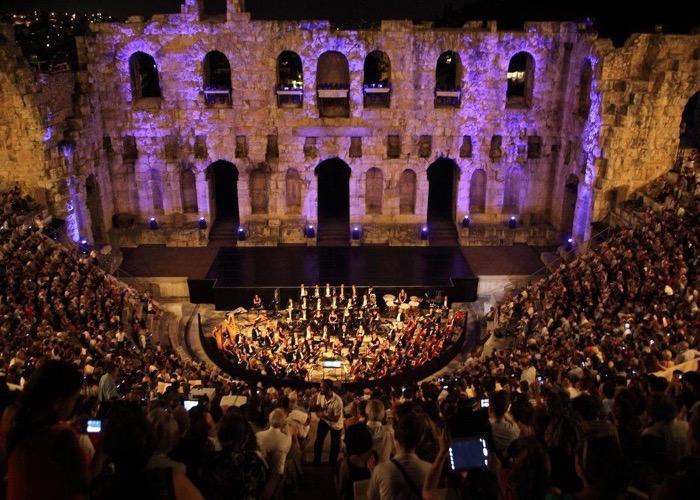 Mikis Theodorakis, apart from being an astounding artist, he is a man who has always followed his words with actions, encouraging others to do so too. He has dedicated his life to Greece with integrity and spirit, bringing his country to the world stage by creating music that is inclusive and uplifting. He is a composer loved by both Greek and International audiences and it is easy to understand why. His work is as moving and inspiring as it is contagious. It is music that has stood the test of time and struggle, transcending culture and language.

More in this category: « The Parthenon; 12 Fascinating Facts || Following the Labors of Hercules »
back to top

1. Who was Mikis Theodorakis