‘Blood can’t be turned into water’ a Greek saying suggests, meaning that the relationship between family members is a sacred one.

2. The Tradition of the Sunday dinner

The family institution is an integral part of Greek culture, one that has been a point of reference for the rest of the world and one that has been depicted in movies time and time again  -‘My Big Fat Greek Wedding’ is closer to the truth than any Greek would like to admit.

If Greece was a picture, it’d be a family around a table too small for all the homemade Greek goodies made by the cook of the family, chatting, laughing, and enjoying each other’s company. In other words, it’d be a picture of one of the most iconic and fulfilling family traditions in Greece, the tradition of the Sunday dinner table. Let’s be honest, it comes as no surprise that Greeks have built family traditions around their ultimate motivator: food. 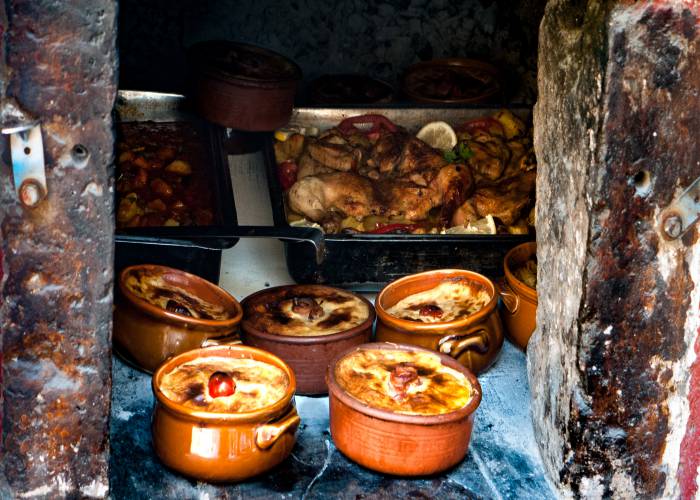 Regardless of your age, if you’ve moved out of your family home or whether you’re busy or not, every Sunday around lunchtime the whole family -grandparents included, of course- gathers around the table and feasts on traditional Greek dishes while discussing their week. It’s an inside joke that no Sunday dinner is complete without a heated argument of some kind. Greeks are temperamental and quick to argue but don’t worry, no one holds grudges and the argument will be forgotten as soon as dessert is served.

This bonding Greek Sunday tradition has been a part of the locals’ lives for hundreds of years and it has been preserved to this day due to the prized values it communicates. During family get-togethers, people eat, share thoughts and concerns, and discuss the politics of the country, with the last topic including a disappointed manner and acidic humor as a rule. This way, the bond between family members grows tighter, while the Greek culinary tradition is perpetuated.

Some of the most common dishes of Greek cuisine prepared for the Sunday dinner table include moussaka, pastitsio, roasted lamb or chicken with potatoes, dolmades, and gemista which are Greek summer dishes, tzatziki, and, of course, the world-renowned Greek salad.

Apart from the delectable dishes, however, the drinks are an important part of the gathering as well. Whether it is beer, Greek wine, ouzo, or any other Greek spirit, the food is accompanied by copious amounts of alcohol, ensuring the lifted spirits of all attendants. If the mood strikes, it’s not uncommon for families to start dancing to the beat of Greek folk music -we sure love a good party!

A Greek dessert is a must after the Sunday family meal which may include traditional halva or, if the kids are lucky, loukoumades drizzled with honey or chocolate sauce. If the adults don’t go to sleep right afterward, they will surely drink some Greek coffee and share some local gossip. 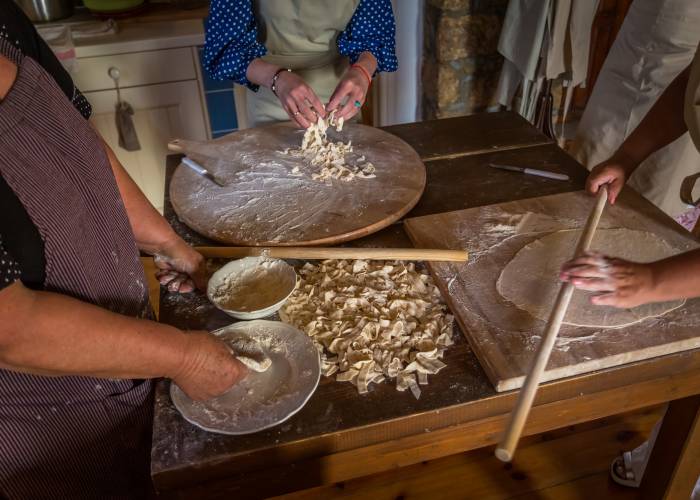 Although the Sunday dinner is an informal custom, its importance is highlighted by the fact that it survives beyond the borders of Greece. Greek immigrants carry the Sunday dinner tradition to their host countries, spreading the message of family, love, and union. From cooking to laying the table and cleaning up afterward, everyone gets involved in the making of the feast. Sharing responsibilities is only one of the vital life lessons the Sunday dinner table offers.

If you are visiting Greece and want to experience the country through its culinary scene then join us on our Athens for foodies tour or our Athens by night food tour! Alternatively, our culinary tours spread to various locations in Greece, such as Crete or Corfu, so that they can introduce you to the local cuisine or even teach you to cook like a local in Heraklion!

Let love and food unite us all!

2. The Tradition of the Sunday dinner