London has the black cab. Berlin has the Berlin bear. But what about Greece? What is Greece’s most recognized icon across the world?

Unlike the aforementioned cities, Greece doesn’t have only one icon, but several, which comes as no surprise considering its massive heritage and diverse culture. Here, we’ll present to you the history behind three of them: tsarouchia, the evil eye, and the wise owl. 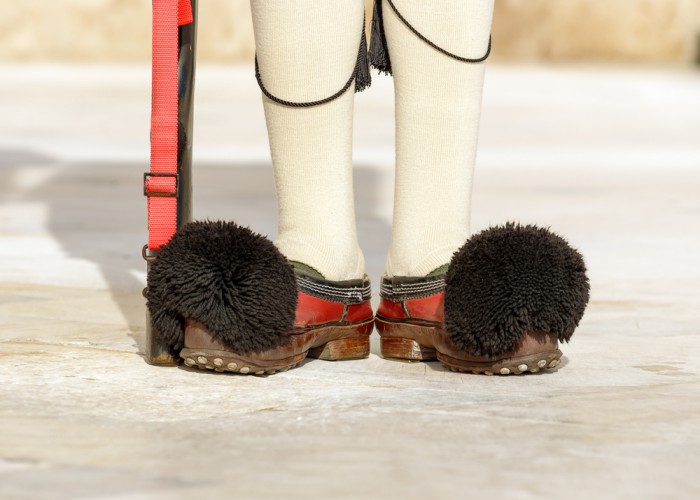 If you’ve visited Athens, you’ve probably seen the funny-looking shoes that are part of the traditional Greek costume. They are flat red shoes with a huge black tassel on top and pretty hard to miss.

Tsarouchia, as the shoes are called, have a rich history behind them. When they were first manufactured, tsarouchia were light, handmade leather shoes, with or without a tassel, worn by the Greek army during the Greek War of Independence. Later, and up till the late ‘60s, they were worn by both male and female villagers in mainland Greece, due to them being sturdy and durable, while their tassels were useful for protecting the toes from extreme weather conditions.

In addition to the shoes being extremely practical, they also carry significant symbolism. The big black tassel symbolizes the ‘tree of liberty’, which serves as a reminder of the 400 years of slavery Greece endured. However, that’s not all there is to it; the tassel hides a dangerous surprise in its core: a blade that symbolizes the readiness of the soldiers to fight with the enemy. Furthermore, the color red symbolizes the blood that was shed in the pursuit of Greece’s freedom.

Today, tsarouchia are worn as the traditional footwear of the Evzones -the presidential guard you'll stumble upon when you visit Athens outside the Greek parliament protecting the Monument of the Unknown Soldier- along with the traditional skirt-like costume foustanella. At their bottom, tsarouchia have about 50 nails each. These nails are responsible for the characteristic sound that the shoes produce during the parades. Due to the nails and the weight of the tassel, tsarouchia can reach even three pounds each. 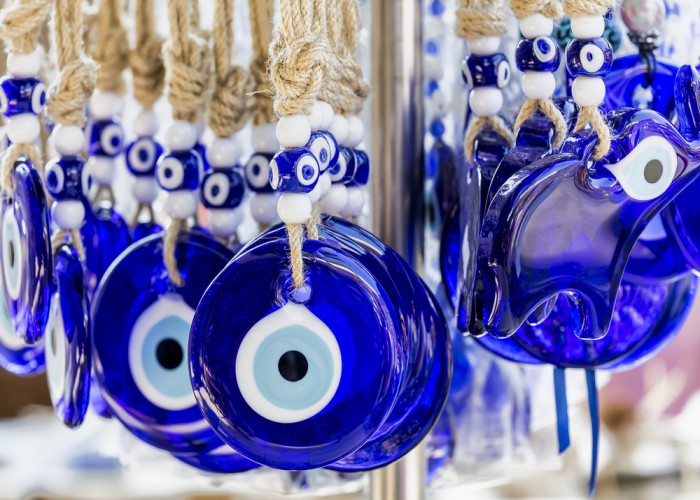 As ‘evil eye’ the Greeks refer to the belief that a person can be doomed with bad luck and ill-being as a result of a look another person gives them. The harm can be either intentional or unintentional and the reason behind it is usually envy or general malice.

The concept of the evil eye is more prevalent in the Middle Eastern and African countries, but can be found also in Europe and especially in the Mediterranean countries. In Greece, it is considered that people with light-colored eyes are more likely to give people the evil eye, a belief that can be explained due to the rareness of light eyes in the region of the Mediterranean, especially during antiquity. The is evidence that the ancient Greeks and later the Romans believed in the ‘evil eye’, with even the most renowned philosophers of the time such as Demokritos, Aristotle, and Plutarch, admitting its power. Even Christianity has accepted the existence of the ‘curse’ of the evil eye and the Christian churches consider it the work of the devil.

Since ancient times, people have been asking for various means to neutralize the energy of the evil eye. In ancient Rome, a phallic-shaped figurine was hung as a necklace to protect children, in particular, and to bring them fertility. Nowadays, a widespread defense against the evil eye is the eye-like blue bead or any bead or rock with an eye painted in its center. 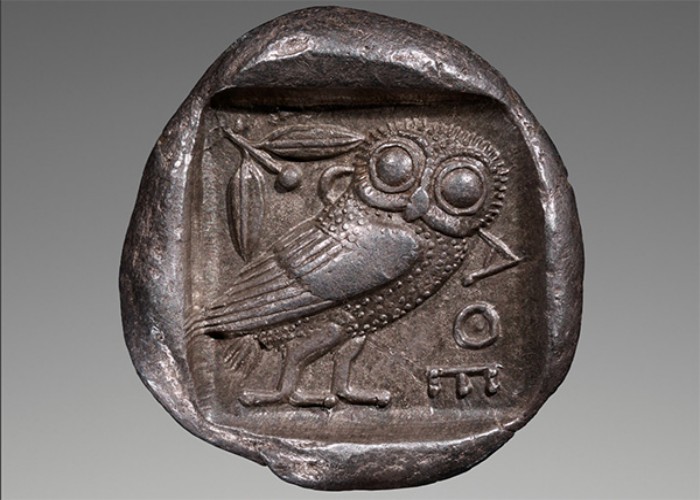 In Greece, the owl is a symbol of wisdom and prudence. According to Greek mythology, when goddess Athena, the goddess of wisdom, saw the creature for the first time, she was impressed by her big eyes and her solemn appearance, swiftly becoming her favorite bird and later an emblem of her. This can be proven by the vast number of statues that depict Athena with an owl.

The wise owl is said to have protected and inhabited the Acropolis in large numbers. But as goddess Athena was also the goddess of war, the owl became the protector who accompanied the Greek army to the war. If an owl was flying over the Greek soldiers before a battle, it was a sign of victory. According to Aristophanes, the Greeks owed their victory against the Persians to the flight of an owl which was used by goddess Athena as a messenger.

What’s more, the Athenians believed that goddess Athena often took the form of an owl when she wanted to be presented to the people. The owl was also the protector of the Athenian trade and was honored with the presence of its figure on one side of the Athenian coins.

So there you have it; three essential Greek symbols that help you understand the Greek culture and its many manifestations a bit better. Now all you have to do is visit our beautiful country and discover more fascinating facts about Greece yourselves! 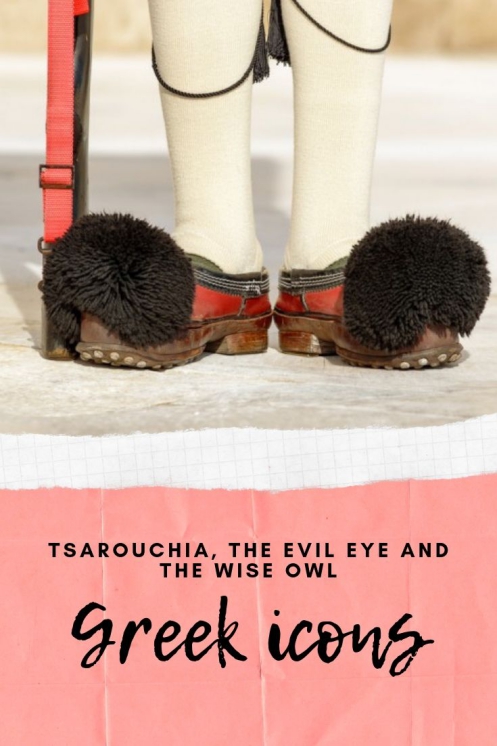 More in this category: « Top Greek Fashion Designers || The Institution of ‘Panigiria’ and the Best Ones to Visit »
back to top