Carnival is a festive season people either love or hate. While it makes some people excited, eager to dress up and go silly with their friends, it also irritates others that find no sense in dressing up. In our country, there are several local customs which remain to exist throughout the centuries, despite being somewhat forgotten by younger generations. Even if you are one of those who dislike being silly, you should not miss the opportunity to visit a small town in Greece to enjoy the most popular Greek carnival fest. You can immerse yourself into the Greek carnival traditions through modern carnival parades, in Renti or Moschato of Athens, Patra, Rethymno or Ksanthi.

1. Carnival during the modern times

The Greek carnival is a festive period celebrated across a span of three weeks, the dates of which are different every year, yet, always around February and March. The carnival in Greece has its origins in ancient Greece, when people still believed in the Gods of Olympus. 'Dionysiaka', the origin of the Greek carnival, was a celebration in the name of ancient God Dionysus -the god of wine- that used to be held around springtime, involving public parades. The advent of spring foreshadows the period of fertility, which is the reason why the floats used to start from the seaside. People who were on the floats used to wear masks and swear to the attendees of the parade while other attendants -also dressed up and in masks- used to join the celebrations after the floats, singing satirical songs.

The years rolled by, Christianity prevailed over other religions and it altered this tradition a little by adding elements and removing others. Christianity affiliated the Greek carnival with the 40-day fast leading up to Easter, 'Sarakosti'. In modern Greece, the carnival gives the locals room for debauchery, preparing them for the upcoming fast. For this reason, it is widely known as 'Apokries', with the word translating to 'abstinence from meat'.

Carnival during the modern times 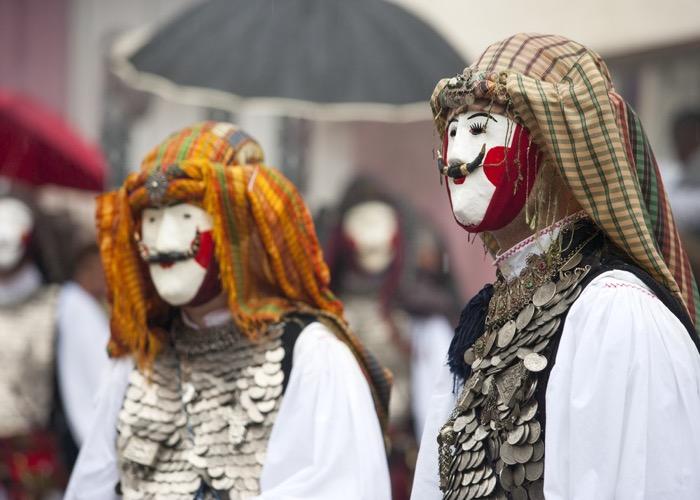 Today, the Greek carnival is mostly celebrated with float parades and masquerades. However, there are some places where old traditions are still alive, entertaining both locals and visitors. Most of them take place during the last weekend of the carnival, and more particularly, on the last Sunday. Here are some of them for you to discover:

'Tzaro’s burning'
In Ksanthi, there is a 95-year-old rite, which takes place nearby a local river. According to this tradition, people create a human doll, they put it on kermes oaks and then they burn it in order to dispel the evil, while also driving the fleas away for the upcoming summer season. When the Tzaro’s burning is done, people sing and dance until the next dawn.

'Babougeri'
This is an ancient cult custom reviving every year, in villages across the northern part of Greece. There, villagers dress up like billy goats; they bend bells to their lower back, wear hats in the shape of a cone and visit the houses of the village. Then, the housewives of the village offer oranges to them, as a manifestation of remorse and forgiveness. The feasting intensifies in the village’s square, where folk music instruments accompany the festivities brilliantly.

'The tradition of the captain'
This is a fascinating celebration that takes place in the northern part of Amorgos Island every last Sunday of the carnival. Local young men wear folk, regional costumes and prepare for the wedding of the 'captain'. One of them is balloted to be the captain and the rest of them convoy him after they have dressed him up in the traditional captain’s costume. The leader of the young men's procession is given the name “Bairahtaris” and holds a pole on the top of which two loaves of bread, cheese and dry cod, are attached. This pole symbolizes the banner of the Greek revolution against the Ottoman Empire. The captain and his company go to the square of the village, where the young girls of the village, also dressed in traditional folk costumes wait for the 'captain' to choose his 'wife' among them, while local musicians accompany the ritual with traditional folk music. People dance and the celebration continues until the sun comes up.

The Greek carnival is an integral part of Greek culture. Through the influences of ancient Greece, Christianity and the modern way of life, the carnival celebrations have been shaped to be the ones they are today. From parades and masquerades, where people dance in the rhythm of samba wearing terrifying, fluffy, goofy, celebrity-look-alike or animal costumes to old traditional customs, 'Apokries' offer the perfect opportunity for Greeks to dance the night away. Therefore, if you ever find yourself in a local fest, be sure to have your camera ready; it will be a once-in-a-lifetime experience! 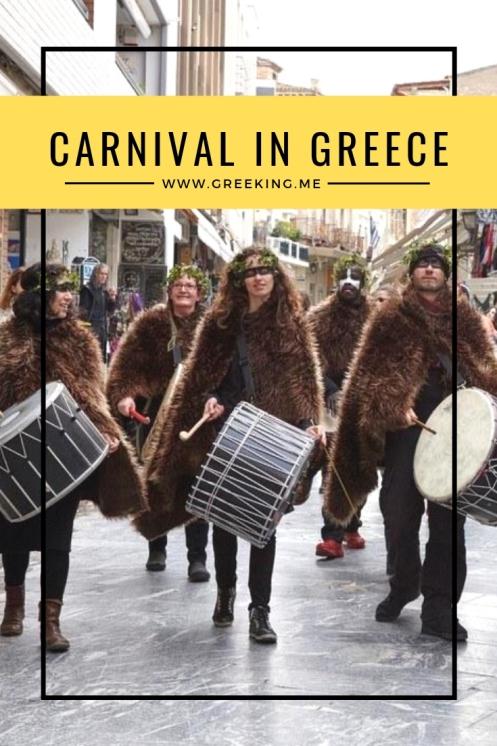 More in this category: « Filotimo & Charmolipi: Two Greek Words that Carry a Special Meaning || What Does the 25th of March Mean to Greek People? »
back to top

1. Carnival during the modern times