The citadel of Athens, which was wisely chosen to be built on the top of the hill, is still found today, with the location having significant strategic importance; apart from being the city’s higher point, it was also surrounded by three hills that offered protection: Pnyka hill, Areopagus (Mars Hill) and Philopappou hill.

Each hill had its own importance during ancient times, along with various Greek myths and legends associated with it. Those myths have stood the test of time, and have survived to this day. 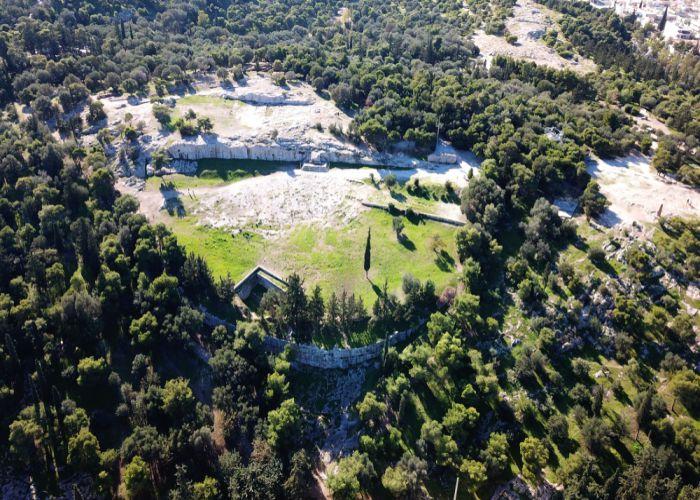 The first hill in Athens that offered its protection to the ancient city is Pnyx. Pnyx was the meeting place of all Athenians gathering to hold their assemblies, vote, and speak their mind. That's way, it swiftly became one of the most important symbols of democracy. A flat stone was used as the speaker’s stepping stone, while the rest of the crowd sat on the hillside facing them.

There were five hundred seats in total, one for each member of the Council, which was elected every year to run the city of Athens. Great politicians like Pericles, Aristides, Themistocles, and Alcibiades had made some of the most famous speeches in Pnyka hill.

Its key location offers a panoramic view of the ancient Agora and the Parthenon. While visiting the famous hill in Athens, you must see a large cavity in the rock wall, just east of the speakers’ platform, where there was a statue of Zeus Hypsistos and smaller cuts in the rock to hold votives. 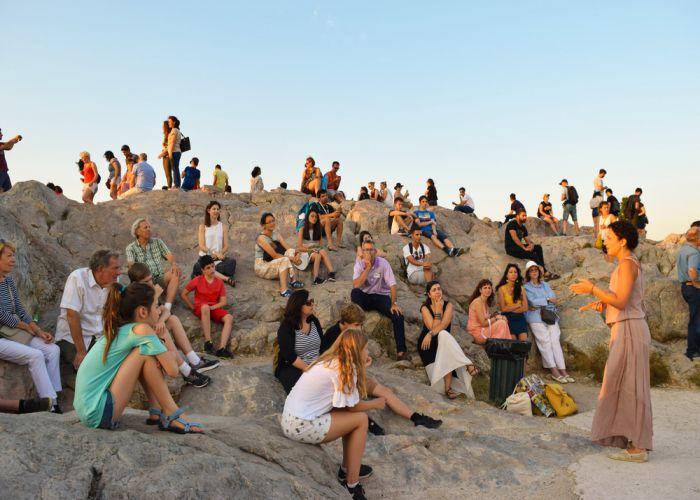 Areopagus (Mars Hill), the hill to the northwest side of the Acropolis, was named after the god of war, Ares, and it is translated as the “Rock of Ares”. It was believed, that the area hosted the trial of Ares, conducted by the rest of the Olympian gods, for the murder of Alirrothios. The latter was one of Poseidon’s sons who was murdered by Ares when he tried to rape the god's daughter.

Eventually, the god of war was absolved of the crime. Since then, this hill served as the court for judging serious crimes, such as deliberate homicide or arson by the Athenians. This was the place where Phryne, a hetaera (one of a class of highly cultivated courtesans in ancient Greece) famed for her beauty, appeared before the judges, accused of profaning the Eleusinian mysteries.

In order to save herself, she let her cloak drop, and the judges were so impressed by her divine-like form, that she was summarily acquitted. Additionally, according to Aeschylus, this was the place of the trial of Orestes after killing his mother. During the Roman period, Areopagus Hill was referred to as ‘Mars Hill’ as this was the Roman name given to the Greek god of war, and it continued to host the meetings of the Council of Elders.

The top of Areopagus hill was the place where the Apostle Paul preached his famous sermon in 51 AD. As a result, the first person to convert to Christianity was Dionysus and many other Athenians converted soon afterward. In memory of this event, each time the Pope visits Athens, he climbs Areopagus Hill.

Nowadays, the term 'Areopagus' refers to the judicial body that forms the higher court of modern Greece. The hill, though, remains popular amongst young people who love to spend time there, especially during the warm August nights. 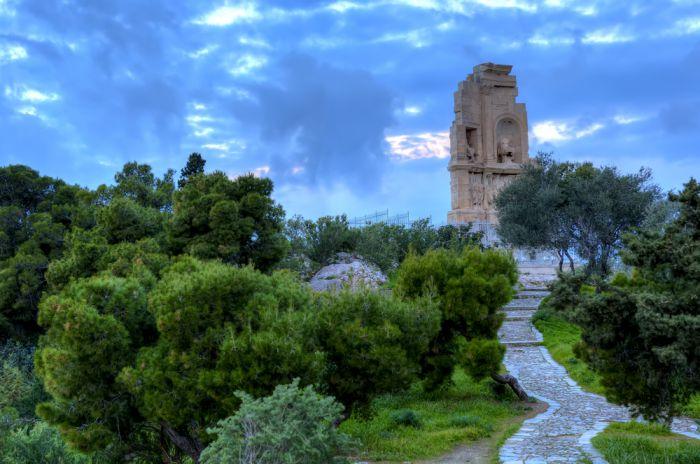 The third hill took its current name after Philopappos, a Syrian consul who lived in Athens, had classical Greek education and became respected for being a benefactor of the city. Philopappos had, among other friends, many philosophers like Plutarch who described him in his writings as an extremely generous person. Thus, his death caused great sorrow to the citizens of Athens and they built a mausoleum as a dedication to honor his memory.

Today, the hill is a great place for a walk, especially during spring and early summer. Its path makes for one of the greatest walk routes in Athens since visitors can enjoy the flora variety, the serenity while having the chance of 'meeting' the Muses that according to legend, used to have the hill as their home. Be sure to check the monument of Philopappos, which still stands to this day, while enjoying the panoramic view of the city of Athens.

Fascinating stories can be found around every corner of Athens or, in this case, on top of every peak of the city -our Athens travel guide can prove so to the most demanding of you!  Get the chance to learn all about Greek history and mythology, while visiting the Acropolis hill and the Acropolis museum.

More in this category: « What Does the 25th of March Mean to Greek People? || The Top 15 Landmark Buildings in Athens »
back to top