Are you done with all the sites and museums around Athens and you're seeking for something different? Are you perhaps looking for places that are way off the beaten path? Here are some hidden gems of Athens, so secret that most of the Athenians don't even know about them. Discover scenic waterfalls, gothic towers, and secret gardens by following us on this trip introducing you to the alternative side of the city!

1. The tholos tomb of Acharnes

The tholos tomb of Acharnes 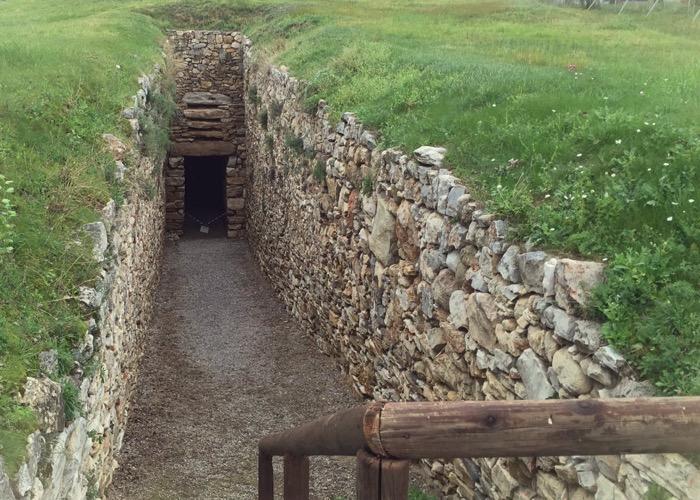 Only 30 minutes away from Syntagma Square, you can find the Mycenaean tholos tomb of Acharnes, located at the modern suburb of Menidi.

Nowadays, visitors can reach the suburb by a public bus and find the monument hidden inside a park surrounded by modern buildings. After walking down the 27 meters long road-entrance of the tomb, you'll pass its monumental entrance and find yourselves inside the actual burial site.

The burial chamber is built as a corbelled vault, creating a large space to host more than one burials. Luckily, the tomb was found intact and unlooted and many of its impressive findings are currently on display at the National Archaeological Museum of Athens. 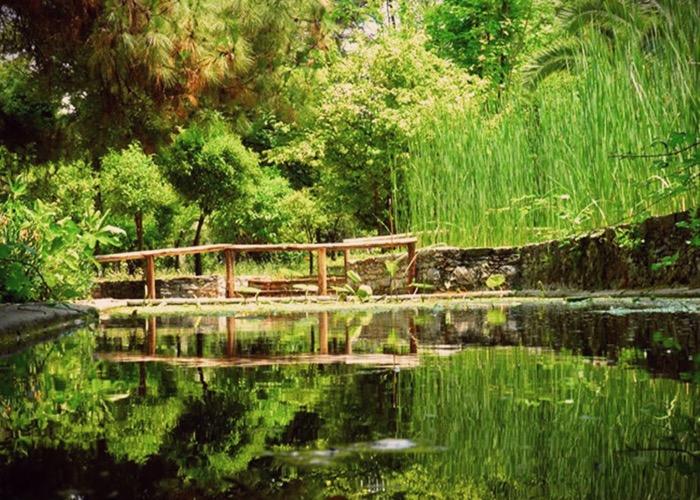 In case you want to escape the city center and enjoy a relaxing picnic surrounded by beautiful scenery, less than half an hour away from downtown Athens, the Botanical Garden of Diomedes is waiting for you to explore!

Stretching for almost 200 hectares, the Garden includes more than 4000 plant species and serve as an ideal getaway from the busy center of the city. Wander around the different parts of the Garden with sections of historical plants, groves with fruit-trees from all around the world and artificial lakes full of goldfish and terrapins surrounded by huge willow trees.

The Botanical Garden is under the protection of the National and Kapodistrian University of Athens and in their small herbarium, you'll find more than 16000 plant species stored with care for current and future research. A visit to the Botanical Garden of Athens is a great opportunity not just for leisure activities but, for being introduced to the science of botany through the educational programs offered by the expert staff of the Garden! 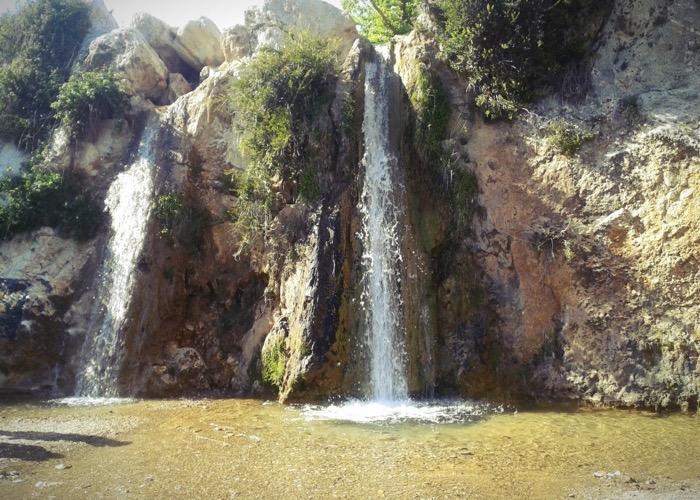 At the northern part of Athens, close to the foothills of Mount. Penteli, there is a secret gem that will definitely compensate you to the fullest for the 40 min car-ride required for you to get there.

The Valanari river ends up to a small waterfall which creates a shallow pool, ideal for a quick refreshing dip!

Depending on the flow of the river, you may even find two waterfalls instead of one! The Valanari river waterfall is the only one still surviving in Athens and its clear waters coming from the springs of Penteli promise you a unique experience. You can reach the waterfalls either by car or by public transport; there is a bus route available that will take you on the spot!

In the National Park of Sounio at the southern part of Attica, lies an awe-inspiring landmark often ignored by visitors: a huge crater, more than 120 meters wide and 55 meters deep!

Some people claim that the creation of this crater was the product of a meteorite fall. However, geologists that studied the site proved that there used to be a cave that eventually had its roof collapse. The crater is known as 'Chaos' and it hosts numerous tunnels and caves.

Some of them were created and exploited by humans due to the presence of silver ores in the area. It is known that during antiquity, the area of Sounio was renowned for its silver mines, that contributed greatly to ancient Athenian capital.

Nowadays, the visitor can see the different minerals on the walls of the crater or even carefully descend to the bottom of it by following a designated path. 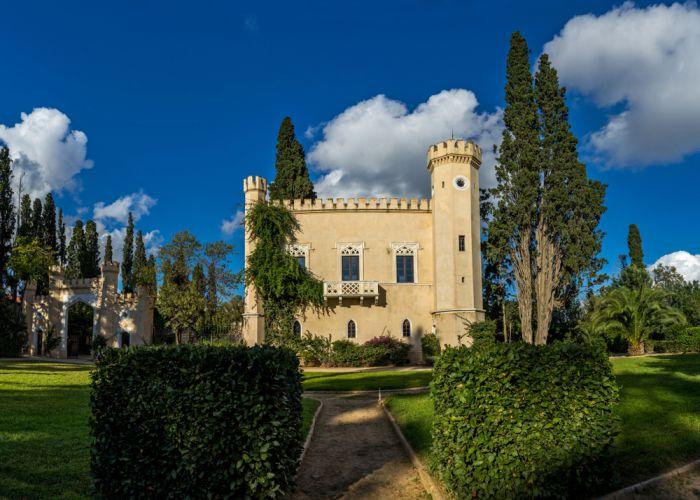 In the suburb of Ilion, in the northwest of Athens, there is a monument related to the modern history of Athens, and Greece, in general, not usually included in the mainstream landmarks of Athens.

This site was a personal project of Queen Amalia, the first queen of the new Greek State, established in the 19th century. She acquired vast lands in the area of Ilion and started a construction program of an exemplary farmstead. The main building of the complex is a neo-gothic tower similar to the one King Otto was born in, in Bavaria!

The farmstead includes gardens, stables, fields, and other farming facilities. Today, the Tower of the Queen is accessible to the public after the completion of a restoration program. Wander around its garden, visit the royal headquarters, pay a visit to the vineyards and perhaps join one of the wine-tasting programs offered by the staff of the Tower. 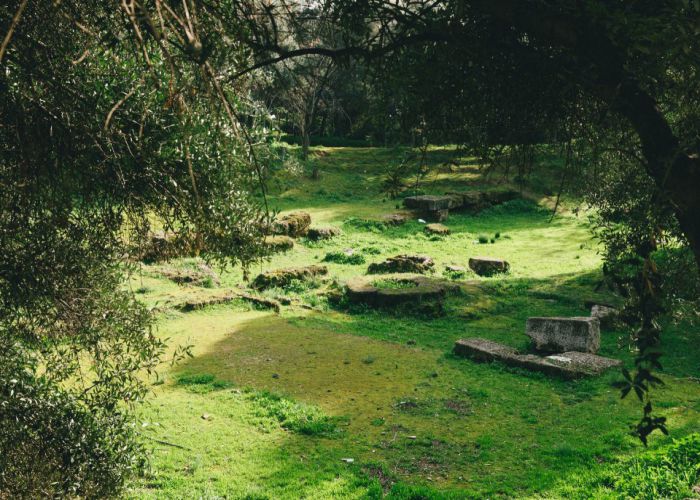 Plato Academy is defined as crossed by the streets of Lenorman, Konstantinoupoleos, Athena's street, and the Athens-Lamia National Road. In other words, it is located in the center of Athens, just 10 minutes from Omonia by car or bus. It took its name from the world's first university, the Plato Academy. This is the most famous school of the philosopher Plato, which was located for about 900 years in the same place where it is now.

Its heart is the archeological park of Plato Academy. It is a well-kept and fenced area, the gates of which are always open. Admission to the park is free.

During the last century, the archeological dig brought to light many remains of buildings, which date from the Bronze Age to the Middle Ages. Their remains are located inside the area and most are free to be approached and navigated directly above them.

A grove grows around them: trees, shrubs, green areas but also sports and play areas. Among them, the daily life of the inhabitants of the area who use it daily as a place of recreation or creativity, just as it happened in the area in the time of Plato. The oldest building dates back to the Early Helladic Era (2800-2100 BC), while older traces of habitation have been found since the Neolithic era. 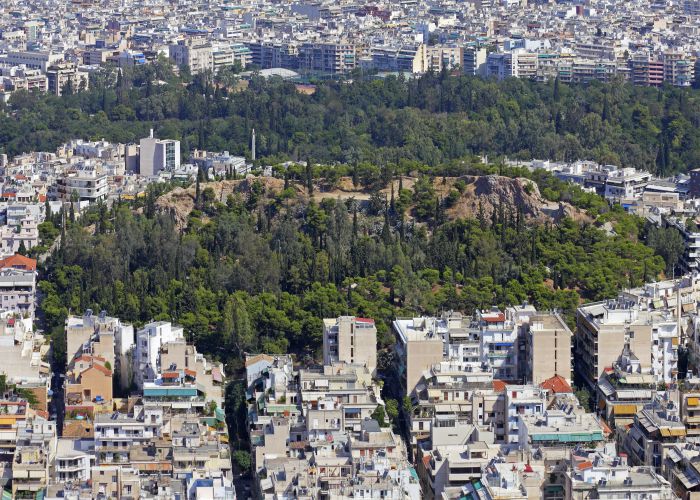 Strefi hill is the closest escape to nature from the region of Exarcheia; a small oasis of greenery. Only a few steps from Exarcheion Square and you can see the whole of Athens. Strefis owned a quarry in the 1840s located on Strefis hill, then Aghesmos hill. The tree planting took place in '24 to 26 ', creating a beautiful green space on the outskirts of the then city.

In 1936 the first renovation of the area took place and the hill reached its current area and was called Pinakoton grove. Since then, only in 1985, a new renovation of the hill took place and the open field of Ipasket was created. Cots, a theater, sidewalks and more were created. At that time, although Athens was a fortified city, eight shelters had been set up on its slopes to protect it from airstrikes.

Apart from the sites of the city center, Athens offers so much more to the visitor especially to those willing to venture a bit further away from the city center! Try to visit one of the presented landmarks, plan your own trip to Athens by following the advice given on our Athens travel guide, and check out our Greece tours!

More in this category: « Athens Airport; A survival guide || Athens With Kids: The Family Travel Guide »
back to top

1. The tholos tomb of Acharnes