Let us welcome you to Argolis, one of the most beautiful locations on the Peloponnesian peninsula. This region offers a unique combination of mountains and sea, art and history, and picturesque villages infiltrated with olive trees. Argolis' capital, Nafplio, is one of the most important and picturesque cities in Greece; a seaport city which was the first official capital of newly-liberated Greece in 1829. The regional unit of Argolis also includes the magnificent city of Epidaurus, where the exceptional Theatre of Epidaurus is located, and Mycenae, one of the major centers of Greek civilization from about 1600 BC to 1100 BC. Last but not least, the beautiful seafront city of Ermioni. If you are not already intrigued, let us delve a bit more into how you can spend a day in Argolis and how the many historical and cultural gems there satisfy any and every taste.

2. The Art of Acting 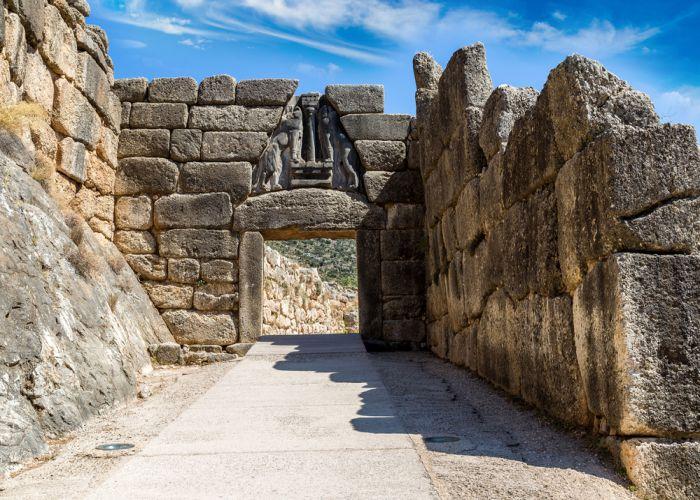 Those who admire Greek history and are interested in exploring civic monuments which serve as trademarks of various historical periods, Argolis is going to be a fascinating location to visit. Let’s start with Mycenae, the kingdom of Homer’s Agamemnon in the Late Bronze Age. You will be blown away as soon as you enter; the citadel is adorned by the Lion Gate, where two lions confront each other above the entrance. As you wander around the monuments, you will find the Treasury of Atreus or the Tomb of Agamemnon constructed by beautifully carved blocks of stone. However, this is not the only monument that’s related to a Homeric hero. Palamidi, the marvelous fortress located in the city of Nafplio, has also taken its name from Palamedes, the son of Nauplius and Clymene in Greek Mythology. This site has been built by the Venetians during their second occupation in Nafplio, by the end of the 17th century. This truly significant monument has also been used as a prison, where the hero of the Greek Revolution, Theodoros Kolokotronis, had been held during the Greek War of Independence against the Ottoman Empire. If you want to get a good photograph to take home, climb Palamidi’s many -oh, so many!- steps and admire the view from the top. It won’t be the easiest hike, but it’s totally worth it!

The Art of Acting 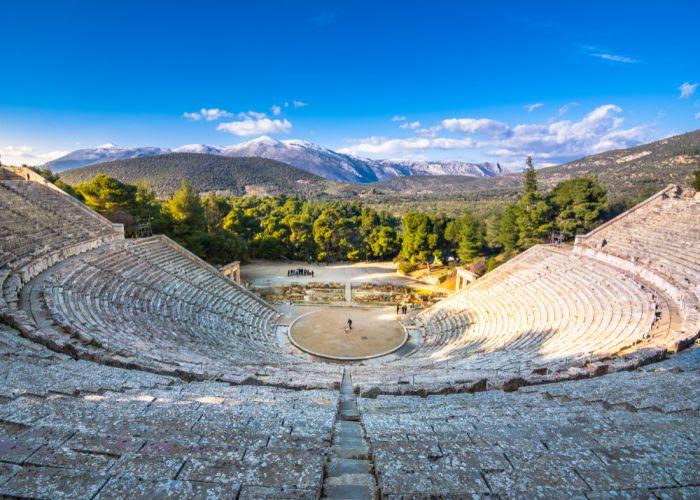 For those who love theatre, Argolis offers perhaps the most well-preserved ancient open-air theatre of them all. This is an opportunity for theatre lovers to visit a spectacular site. The Epidaurus Theatre is the epitome of architectural beauty and skill and has righteously earned its place on the UNESCO World Heritage list. Even though this ancient theatre was built around 330 BC, it is fully functional even today. You will be amazed by its superb acoustics which you can test out for yourself by standing in the center of the orchestra and just clapping your hands. If there were 14,000 spectators sitting in the theatre, each and every one of them would be able to hear it loud and clear! The theatre is still being used for plays and the Epidaurus Summer Festival is held on an annual basis. An interesting note to mention is that the Theatre of Epidaurus has been dedicated to Asclepius, the god of medicine in Greek mythology. 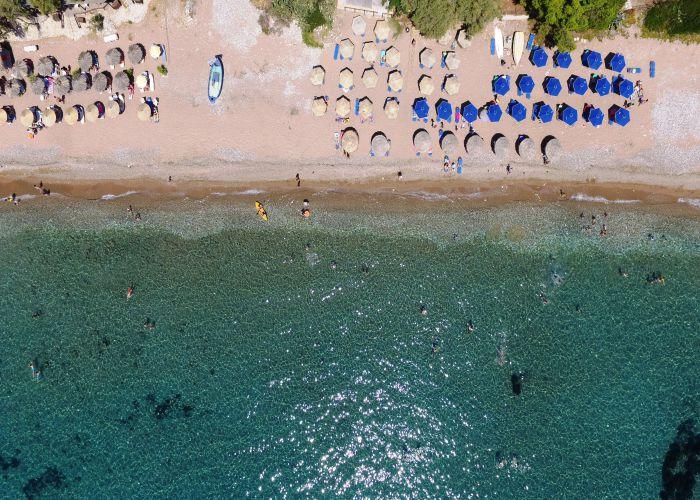 If it’s very warm outside, there are plenty of things to do to keep you busy in Argolis! First of all, there are many beautiful beaches in Nafplio, like Arvanitia and Karathona and the tiny Neraki in between, or Yalasi in Epidaurus, where you can swim and savor the sun and the crystal blue waters. Speaking of sea and waters, no matter where you are staying, you should definitely pass by the small port town of Ermioni, located in the southeastern part of Argolis. It is not the typical tourist spot, but it is most definitely an off-the-beaten-path outing, where you will truly feel the local vibe and sense the serenity that seaside towns bring.

The most unforgettable long walks around a city would be in the so-called Napoli of the East, the city of Nafplio. Filled with small pedestrian streets, pink and tile buildings and bougainvilleas, this city will blow your mind! Its architectural beauty is one of a kind and the historical background of this place makes it even more interesting to visit. Make sure to spend a whole day in Nafplio, stroll around and stop by Syntagma square for ice cream. After having walked a lot -trust us, you won’t resist exploring all the narrow streets of the city, where many small shops are hidden-, you need to regain energy! So head to the famous Staikopoulou Street and find many local restaurants with Greek delicacies and home-made traditional recipes. Even better, if you are into cooking and want to dig a little deeper into the local culture, take some time to cook traditional Greek dishes on your own, accompanied by locals of the town.

The Argolic and the Saronic Gulfs surrounding the region of Argolis make a feast for your eyes as you will almost always have a wonderful sea view. Lots of history, natural beauty, ethereal scents, and delicious gastronomy are waiting to provoke your five senses and make this experience a trip to remember! Plan a short getaway when visiting Athens and you'll never look back!

More in this category: « The Story of the Epidaurus Ancient Theater || Top Things to do in Nemea »
back to top

2. The Art of Acting