The 25th of March is one of the most important national holidays in Greece for two completely different reasons, one religious and one political. If you want to know what this date means to the Greeks, keep reading as we take you on a journey through Greek history!.

Firstly, 25th March 1821 is the day when the revolution flag was bannered in Kalavryta -a region in Peloponnes- and so, the Greek revolution against the Ottoman Empire officially commenced. According to historic documents, Paleon Patron Germanos, the bishop of Old Patra area, was the one who bannered it. However, the protagonists of the revolution were no other than the ones who had already resorted to the hills and mountains of Greece and were battling against Turkish invaders; also known as 'Kleftes'. So, every year, on March 25, people who sacrificed their lives to Greece´s freedom are reminisced and praised with a glorious parade in Athens. School teachers also organize celebrations and some people mount flags on their balconies. 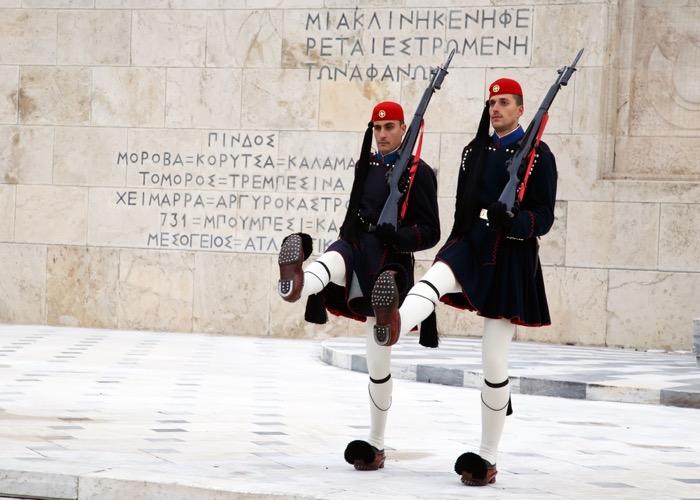 Greek Presidential Guards during the parade for the 25th of March celebrations - credits: Dmytro Shapova/Shutterstock.com

Secondly, the Greek Orthodox Church celebrates the Annunciation; in other words, the announcement of Jesus conception. It is one of the most significant celebrations for Christianity. Greece has Orthodox Christianity as its official religion and so, Holy Mary has a special place in religious Greeks' hearts. It’s a sufficient excuse for pausing Lent this day, in the name of Holy Mary.

On 25th March, there is the tradition of eating cod (hake) with Greek garlic-potato sauce. Cod is usually found in the waters of North Atlantic area, but it is a tradition to eat this kind of fish, due to the fact that in old times it was difficult for someone who lived in the mainland of Greece to find both fresh and cheap fish at once.

So there you go. Now you know what the 25th of March in Greece is all about! If you want to experience the festivities of the day, don't hesitate to book your trip to Greece on this date and watch all Greeks relax and celebrate!

Share this:
More in this category: « Carnival in Greece || Three Knights for the Acropolis; The hills of Athens »
back to top